Hello. You were elected within the bureau of the Young Démocrates for Europe during the last Council in October. For your team, Europe has to show the face, then tell us who you are and what you are doing…

Can you introduce yourself and tell us in a few words about your background and your local political commitments?
My name is Bettina Schwarz, I was born in 1992 near Munich. In this part of Germany, lower Bavaria, we attach importance to customs and traditions. I grew up in a small village with 3.500 inhabitants, surrounded by nature and lovely people, in the middle of Europe.
I always wanted to become a journalist. I started writing storys and articles when I was in elementary school. After finishing school, I got the chance to work for a small newspaper for two years. In the last months of my work, we had federal and Bavarian elections (2013). Because of my work I got to know all the parties and their candidates in my region. I knew what they stand for and which aims they have. I did not only write articles, I got a very extensive knowledge of the political parties during the electioneering. And so I knew very well that I would vote for the Free Voters, a centrist party with a strong base in Bavaria where regionality and citizen-based policies are the highest priority.
After finishing my work for the newspaper, the chairman of the Free Voters (Freie Wähler), Hubert Aiwanger, asked me to work for him as a member of the Bavarian Parliament. Since the election in 2013 I’m responsible for his public relations, organizing meetings and reappraising policy issues. After a while I also got to know the Bavarian presidency of the Young Free Voters (Junge Freie Wähler).
After I founded the Young Free Voters of Landshut, my region, I also became the press officer of the Young Free Voters of Bavaria. In the local elections in March 2014 I was elected as a member of our County Parliament. By chance I got the possibility to travel to Brussels to meet the members of YDE council. From that moment, I was involved into their work and luckily, it never stopped. Over one year later, Mathieu asked me to become the new treasurer.

Beyond your civic commitment, can you tell us what are your activities / leisure activities?
I love travelling Europe and the whole world. After a long period of work, a tent, a sleeping bag and a campfire in Africa’s middle of nowhere is all I need. And while I’m travelling I see so many things where Europeans can learn a lot from other peoples and cultures.
Another passion is sports. I go running every morning before work, in the winter I play ice hockey. I also like football, but I only watch a lot of games, personally, I’m not really talented… Of course I love to spend time with my family and my friends, because this is what life is all about. 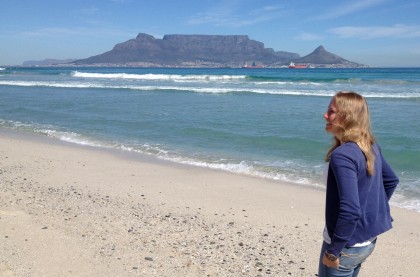 The team elected, widely renewed around you, is working for almost 3 months. Can you indicate us the mission of your team?
Our task is to go outside and tell the people how important and wonderful Europe is. Since I am travelling, I started to realize that I grew up without any borders. To me, this is self-evident, but we have to work to keep the situation in order to give our children and grand-children the chance to grow up in a Europe like this, too. Learning from each other, helping each other and living together is what makes the EU so livable.
Within the board of the Young Democrats for Europe, I’m the treasurer. Being part of this highly motivated international young team makes me proud and happy!

Finally, according to you, what should be the priority of Europe and YDE for these next 2 years?
To me, the refugee crisis is not only one of the main topics now. I think it is one of the greatest challenges within the European Union ever. Wars like in Syria are no a regional problem anymore, it is a global one. Europe has not only the task to give the refugees a safe home, Europe has to face the problems in Syria and all over the world.
As the Young Democrats for Europe, we have to listen to all the young people in our countries and relay their wishes, aims and worries to our members of parliament. On the other hand we have to motivate young people all over Europe to work for a stronger community and an international cooperation.