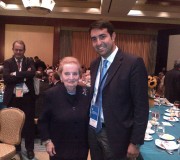 Charlotte – “We have been witnessing the history” this is what Marco Cappa, President of Young Democrats for Europe, stated from Charlotte, NC, the city that hosted the DNC 2012. Mr. Cappa has been invited by Madeleine Albright, former Us Secretary of State, for the International Leaders Forum to celebrate Mr. Obama’s presidential nomination for the second term.

“After tough years of economic crisis and social turmoil, this is a key time not just for Democrats and Liberals but also for the global scenario. Barack Obama is strongly facing these difficult dossiers investing on innovation and research” – continues Cappa – “The world will re-start from here. We all need the American leadership: either our Europe which still misses an effective governance or the Asiatic giants owning a huge amount of US public debt. This perspective involves also the merging countries, the Middle East in order to reach stability and all the people fighting for freedom and democracy throughout the world.” “Romney and his theory about the creative distruction of finance would only worsen the situation. Everyone here agrees that we need to cut public spending though we believe that austerity and solidarity can walk together” – concludes 27-year old Cappa – “Our generation, Millennials Generation, trusted and will continue trusting Obama’s vision. So far he won Bin Laden’s terror threat, he helped to spread democracy in the Mediterranean and improved the American welfare system. In the next four years, Barack Obama will lead the exit-strategy from the economic crisis, will fight for freedom and human rights and will drive the planet towards environmental sustainability. On the road to November 6th as on Twitter, we’ll be following him enthusiastically.” 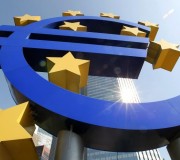 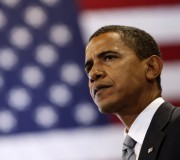 Obama: "The best has yet to come"