Romanian presidential elections : a surprise victory and the lessons we can draw from here 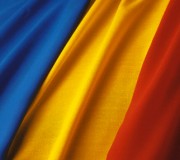 On November 16th 2014 the Romanian political landscape has been shaped by the victory in the second round of presidential elections of Klaus IOHANNIS, the candidate of the Christian-Liberal Alliance (center-right) in front of the social-democrat Prime-minister Victor PONTA.

It was the highlight of a rather dull electoral campaign that has been radicalised between the two electoral rounds due to a series of errors done by the governing party who led to the victory of the opposition candidates with a 54,43%. It is also important to notice the high voting turnout of 64,10%.

This was for many Romanians a reel surprise taken into consideration the difference of public notoriety between the two candidates and their supporting parties as well as the resources used.

But what does this election change?

We have for the first time a minority president, a “New” man: from the ethnic point of view – a member of the German minority – as well as religious – being a protestant – all this on the background of a nationalistic political campaign conducted by his political opponents – this a message of the Romanian people toward West.

The main causes of the victory

Klaus IOHANNIS has won due to 3 elements apparently unrelated:

It was not the vote of the Romanian diaspora in itself that brought the victory of Klaus IOHANNIS but the improper management of the elections abroad by the Romanian government. The inadequate number of voting offices abroad, doubled by the strong emotion produces by the incidents between the Romanian citizens and the law enforcement forces across Europe, due to their impossibility to vote, proven to be a decisive factor for the undecided citizens. Back home there was this impression that we were in front of a “premeditated action” which sought to stop the diaspora from voting. This impression brought up strong emotions and contributed to the victory of the opposition.

2) conflicts from within the Romanian Society

The 2011 – 2012 winter and 2013 protests on topics often alien to the general preoccupations of the society (use of cyanides in mining; fracking) have created an active minority from the civic point of view which, step by step, have succeed in motivating a critical mass of citizens to become interested in the political life while testing alternatives means of communication as regards the traditional medias.

This critical mass of citizens has succeeded in mobilizing itself from a political point of view in the decisive moments – we are dealing with a true civic « storm troop » who successfully uses political guerilla tactics against the authorities and the political parties too large to act in a similar fast way while having as background the support or at least a neutral attitude of the population. 3) civil society campaigns against corruption and the abuse of power

We have assisted these last months to a series of arrests within the ranks of representatives of the political class on the background of the hesitations or even the hostility of the politicians. The population thus had the impression that the social-democrat government and the Parliament where trying to protect those accused of corruption. Thus, as a logical conclusion, a victory of the social-democrat Prime minister would have given the impression that the anti-corruption campaign would have been stalled indefinitely and that he, in his capacity as president, would have tried to limit its actions.

Lessons to be learnt from the presidential campaign

1) the role of the traditional media in the political debate

The traditional media have an important role but we must overestimate their force. A good campaign that uses alternates means of communication could be successful. A good campaign that uses alternative communication tools can be successful. The traditional « partisan » media have their role but for a greater effectiveness, impartiality and respect of the truth, the new media guarantee a better access to information.

2) the role of the Internet and of social networks

The new media can change everything like was the case with these elections when the Romanian Diaspora, who was expecting to vote, sent into the country, trough these tools, an important number of discontent to their families and friends, who, spread them even further. We have assisted to a media avalanche where every receptor becomes also a transmitter.

3) the issue of the Diaspora

Until now, the emigrants had a predominantly economic role trough the money they sent to their families. But, on the background of an insufficiently detailed electoral regulations (the absence of electronic and correspondence vote) and on the background of an ineffective organization on the official side, the Diaspora played a key role in the political struggle: from now one the electoral force of the Diaspora is to be fully taken into consideration.

4) the importance of youth

Many electoral strategists often ignore the youth as they are considered to be an unstable electorate, whose support for a partisan cause is difficult to maintain. With this electoral campaign the youth had an exemplary mobilization in regard to other previous elections and their votes change the results. The youth is not receptive to the traditional ways of partisan mobilization and they are quite selective and react better to the new media.

5) the overrated role of the (Romanian Orthodox) Church

The Romanian Orthodox Church, that many perceive as a very influent factor within the rural areas has generally guarded, in my opinion, a politically and religiously neutral attitude and didn’t involved itself, with minor exceptions, in a negative campaign fought upon religious differences.

It is to be noted that values still count. If we base a political campaign on real values, and if we chose candidates able to respect and promote these universal values (such as democracy, respect of laws, etc.) the chances for success multiply exponentially.

« In making judgments, the Early Kings were perfect, because they made moral principles the starting point of all their undertakings and the root of everything that was beneficial. This principle, however, is something that persons of mediocre intellect never grasp. Not grasping it, they lack awareness, and lacking awareness, they pursue profit. But while they pursue profit, it is absolutely impossible for them to be certain of attaining it.»

The electors from urban area are more unstable and have the tendency to vote for the centre-right. It is this electorate that can make a difference but this requires as a prerequisite a very well organized party and by saying this we arrive to our final lesson of this campaign.

Must be developed a political apparatus able to make a door to door electoral campaign, a great network, with members ready to mobilize and who are acting on a professional basis.

Thus, having as basis of research the results from previous elections it is imperative to « personalize » every electoral circumscription and to correctly identify the social and cultural specificities of the citizens from this circumscription in order to undergo a more personalized campaign.

More importantly it is essential to have a well defined direction in order to know the way to go forwards and to respect the vision accompanied this way because even is words may vary, so can the circumstances.

The November 16th vote is yet at the beginning of its effects. It comes to set free a whole range of social and political energies yet difficult to quantify and it requires an in-depth analysis. Are we really dealing with a positive vote, in favor of Klaus IOHANNIS or, most likely, with a negative vote against the Romanian political elite? Is this the signal of a more profound political change? We are about to see as history never sleeps. 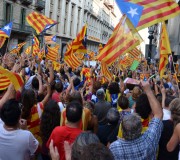 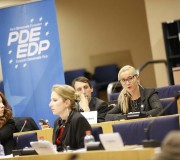 A busy December for the European Democrats