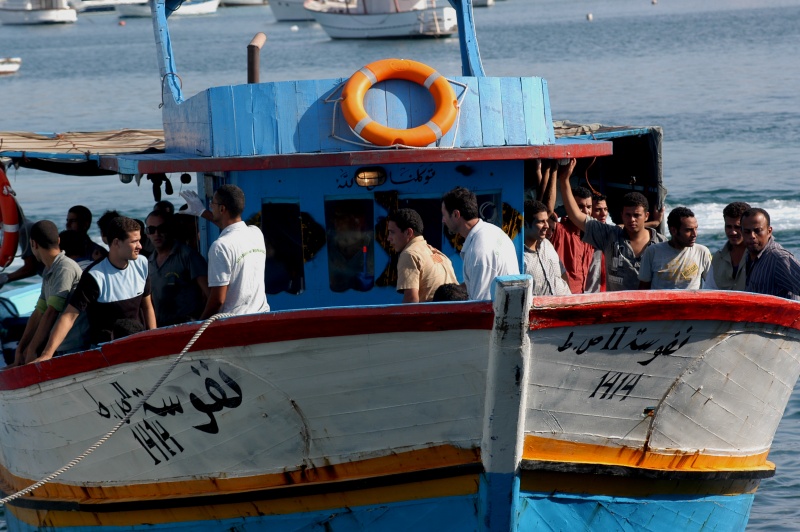 According to Amnesty International, 2014 has been the worst year for refugees since 1945. More than 50 million people have been thrown out of their home due to the increase in armed conflicts. In its annual report the NGO denounces the lack of reaction of the international community regarding this humanitarian emergency.

The EU falls short of its obligations

The European Union especially falls short of its obligations. From the 4 million Syrians said to have fled their country since the outbreak of its bloody war, the EU has only welcomed a handful (barely 4 %), while 95 % of them found refuge in their neighbouring countries. This hostility towards refugees has also lead to a surge in illegal immigration (274.000 illegal migrants in 2014 for only 100.000 in 2013). The Mediterranean Sea, by far the deadliest route of all, took the lives of 3,400 migrants in 2014.

But the burden of taking in refugees is far from being equally shared across the EU Member States. Sweden accounts for more than 20 % of all asylum granted in 2013 (26.000), despite the fact that it only represents 2 % of EU population. The same year, asylum was automatically granted by Sweden to all Syrian refugees joining the country. Germany also performs well, and has pledged to welcome 20.000 asylum seekers for the years 2014 and 2015. On the opposite, certain countries are reluctant to welcome refugees, such as Denmark, whose immigration policy has drastically toughened in the recent years. France is also criticized by Amnesty International for having only welcomed 2.500 Syrian refugees in 2014.

During a visit to Stockholm last February, Antonio Guterres, UN High Commissioner for Refugees (UNHCR), highlighted the weaknesses of EU policy regarding immigration, and called for a more equal distribution of refugees among Member States, be it under the form of quotas. The EU, as a continent of 500 million inhabitants and one of the richest regions of the globe, has the means to take a greater share of refugees than it actually does. Moreover, Europe needs immigration to balance its flickering demography. For most of the migration experts, the EU is capable of handling the surge in illegal immigration if it adopts the adequate policies. But this cannot be done by Member States alone, and a common policy has to be conducted.

Member States still retain much of their powers on immigration, and admission rules are very different throughout the continent. A common policy is needed to set an ambitious common target of migrants admitted per year and to ensure that countries contribute on an equal basis. The EU must also try to stop the humanitarian disaster happening in the Mediterranean Sea. States such as Italy or Greece, the gateways to Europe, must be helped to secure their borders and to patrol the Sea. It is unfair to let them suffer the burden and the costs of these missions, because they are not the countries ultimately sought by migrants. Previous attempts, such as the Mare Nostrum operation, have failed in this regard.

Towards a fairer distribution of migrants between countries

The European Commission has started to reflect upon a common immigration policy. It revealed a  few days ago a scheme by which EU offices and embassies in third “countries of origin” would process applications for asylum and refugee status before the migrants reach Europe. The aim would be to reduce the numbers of migrants illegally landing on EU shores. Strongly supported by Italy, France or Germany, this idea is fiercely fought by countries such as United Kingdom or Hungary, who consider it as a pull factor for illegal immigration. The Commission is also said to want to move towards a fairer distribution of migrants between countries.

This debate is probably one of the most important and one of the trickiest of the Juncker Commission mandate. Immigration touches the core of Member States sovereignty and is a highly sensitive electoral issue. Convincing some countries to welcome more migrants, in the midst of an economic quagmire and a rise of far-right populism, will not be an easy task. The EU will have to prove all its endowment in consensus building. But along practical considerations, there is something bigger at stake in showing that Europe’s voice cannot be reduced to the anti-immigration stance used by some of its politicians to satisfy disgruntled voters.