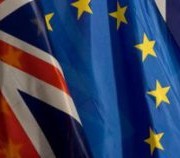 One can’t have the cake and eat it too

Late January – early February 2016 was sealed a draft proposal on the renegotiation of UK’s membership terms in the European Union between Donald Tusk, President of the European Council, and David Cameron. This agreement, a basis for the discussions that will take place when the European Council will formally meet on the 18th of February, seeks to answer the following question: how to keep the United Kingdom in the EU? For us, the question should be: how to keep the United Kingdom in a stronger Europe?

Where do we come from?

First and foremost, one should bear in mind the actual position of the UK within the EU. Through his renegotiation, David Cameron essentially wishes to see its country particular way in Europe to be acknowledged and respected.

He should be reminded that the UK has already secured more opt-outs than any other country in Europe, a privilege that no one intends to take back.

Hence the explanation why the reforms Cameron pledged to obtain through the renegotiation will appear mainly symbolic to the British people: there is nothing more to negotiate!

Cameron’s demands fall into four categories: economic governance, competitiveness, sovereignty and social benefits and free movement. Not everything is negative or unacceptable. Regarding competitiveness, Liberals and Democrats in the European Parliament have long argued for a simplification of EU legislation and a cut in red tape, policies already implemented through the Commission’s Better Regulation Agenda.

The idea of a veto from a majority of national Parliaments on an EU legislation deemed not compliant with the subsidiarity principle is also interesting. National Parliaments should be more closely associated to the EU legislative work and have a real European dimension. But the effectiveness of such a mechanism remains doubtful.

On the other hand, we strongly oppose some of the proposals contained in this settlement. The UK obtained a permanent opt-out on the euro when the Maastricht Treaty was adopted in 1992 but now want to have a say on Eurozone policies. This cannot be.

Cameron wants to limit claims for social benefits from EU citizens working in Britain: this is revolting. While UK is at full employment rate and enjoys net revenues from the flow of migrant workers, it is a clear breach into the non-discrimination.

We do not promote nor discuss discrimination. We actually work on the exact opposite.

Through these negotiations, David Cameron finally seeks to impose its own reinterpretation of the Treaties. According to him, references in the Treaties to the “ever closer Union” should be merely understood as a simple commitment to “promote trust and understanding among people living in open and democratic societies (…) they are not an equivalent to the objective of political integration”. This hopeless trial to limit the EU competences would be a major blow to the very essence of the EU and should be firmly opposed.

This is equivalent to pyromaniac firemen who keeps on reproaching to EU its lack of action, but make sure it can’t act.

What should be done?

We believe that it would be a huge mistake if Britain leaves the EU: for economic, political but most importantly geopolitical reason. Nevertheless, Member States should not agree on any settlement that would reduce the current European Union, diminish its competences, hamper its functioning and consequently slow down the integration process. David Cameron knows perfectly that Britain has already secured its singular path in Europe and that other Member States have no intention of reversing that position.

The purpose of this agreement should be to engrave the existence of different paths of integration for the different States, allowing those that want to deepen integration to move ahead, whilst respecting the rights of those which do not want to take such a course. For the EU it is a matter of survival and that should be enough for Mister Cameron to make a positive case for UK’s EU membership. A real European integration remains more than ever desirable, no matter how long and tortuous the road promises to be. But to make it simpler, let it be with those who really want to be a part of it. Such important decisions should be taken by Europeans and not only a single country! 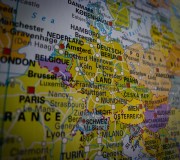 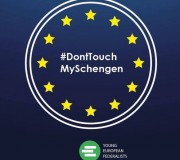 Letter to Donald Tusk: A Call to preserve the Schengen principles