Democracy: the cornerstone of a free society 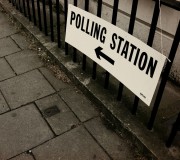 // Text already published on the 3rd of June in YO!Mag, online magazine of the European Youth Forum.

Nowadays, who is not democrat? Raise your hand. You may ask: What is it today to declare yourself to be a democrat when everyone is a democrat? We, Young Democrats for Europe, put democracy at the core of our engagement. Democracy is not, and shouldn’t be, a punctual event in our citizenship. Democracy isn’t a regular exercise to maintain power for a few, but a constant way of life, a constant effort, for all of us. Democracy is a shield to protect our way of life. A shield we should protect in return when it’s being attacked.

“The pacific and daily fight”

For us, democracy is more than a simple method of government, it is a spirit embracing the values of liberty and humanism. Democracy is to be governed by rules you decide upon, it is equality, equal participation of all, and human dignity. It is the possibility of enlightened deliberation and decision-making. Democracy, autonomy and human rights go hand in hand.

Therefore, democracy should be preserved and defended. When populism is playing with our fears, when politicians are overreacting to crises and issues which should be approached with seriousness, ethics, and professionalism, it revives the destructive idea that democratic regimes are weak, that a strongman is needed in order to govern a society. In Europe, the rise of authoritarianism is worrying. Our fears work like a time machine which can only send us back in time. We are on the frontline of democratic defence. And we are calling on all citizens to be part of this pacific and daily fight for democracy.

But democracy should not only be defended, it should be enhanced. There is more to do to increase political participation, democratic control and direct decisions from citizens, especially with the new possibilities offered by the digital age. Education plays a key role in giving citizens the ability to take part in civic life.

We apply this aspiration for democracy, to the entity that we seek to defend and to expand, the European Union. We want a more democratic union and we want the union to protect democracy. We do not mingle our voice with those who picture the EU as an undemocratic institution. Democracy is undoubtedly present in the EU, in the Parliament, directly elected by the people, the Council, gathering members elected by the people, and in the Commission, whose leadership is decided by the former two institutions. Nonetheless, the EU still has progress to make in terms of increasing transparency, strengthening the role of the Parliament, and opening new channels for grassroots participation. We strongly support these developments.

Furthermore, we want a tougher EU when it comes to democracy in its own land. Countries that threaten the rule of law, constitutionalism or freedom of opinion should be quickly monitored and, if needed, sanctioned. It is important to our credibility and the promise we made to the people of Europe and the rest of the world.

Far from being an overrated value, we believe democracy to be the cornerstone of a free society and a peaceful world, and its defence to be of paramount importance. 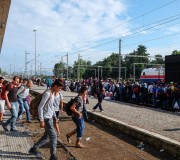 Post-Brexit: towards a strong and unifying EU project!