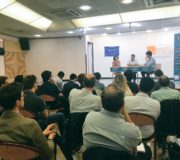 We do not feed ourselves today as we used to eat in prior stages. We can appreciate it in the evolution of consumer practices; our food model has entered a double revolution. On this World Food Day and taking into account that the reform of the Common Agricultural Policy begins, we are calling for Europe to remain in it.

The first revolution is the link with proximity. We therefore advocate for an ambitious European policy that strengthens the link of urban populations, in ever-increasing numbers, with the agricultural activity, which is close to home. For a long time, this relationship has been denigrated by Europe in the name of the single market, which was supposed to bring down the borders and bring out a European identity. This lead to forget the transnational nature of the European agricultural lands, which existed even before the European Union was born. Alpine cheeses or the production of flax in Normandy and the Netherlands is a proof of the existence of common identities, consequence of geography and history.

We must cherish them nowadays because agricultural traditions most often correspond to a reasoned and adapted management of resources. In addition, local consumption also allows citizens to reconnect with natural laws and thus, promote product quality and seasonality.

Lastly, it makes it possible to avoid the ever-widening disparities between urban and rural areas, by raising awareness of the interdependence between them and their respective inhabitants.
To guarantee the preservation of the terroirs of Europe, we must mobilize European funds to develop short circuits, especially in cross-border areas with common culinary practices. We must also relax the European competition rules to allow collectivities and collective restaurants to buy preferably from local farmers on which they are located.

The second revolution to which Europe will have to respond is the growing demand of citizens for transparency on the composition and origin of food. Advances in medical research are leading to new discoveries every day on preferred culinary practices or products to be avoided by consumers. In this regard, we can no longer live in the reign of suspicion that sometimes discredits the profession of farmers, which we should instead value. In this sense, we should assume the ambition to build a new European Food Safety Agency that can independently carry out studies on the harmfulness of the hundreds of products currently in dispute. No one understands why the opinions given by the health authorities are based on studies conducted and paid for by large agro-food firms.

The many food scandals that have rocked the continent have also convinced citizens that want to go further in the traceability of the food they consume. Therefore, we should implement technologies such as blockchain, in order to create by 2030, the world’s first food information network. While consumers address that they are not aware of what the dishes they can purchase contain, it would ensure perfect traceability and meet the expectations for a strong food revolution that would transcend borders.

and the following French MPs 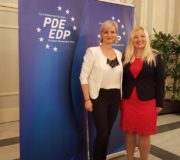 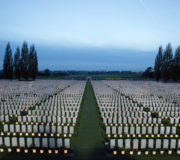